It was our 27th day of the tour and we had just crossed the border from D’kar in Botswana to Windhoek, the capital of Namibia.

Though Windhoek is sparsely populated, it was a thought-provoking city to drive through. Supposedly, Namibians relocate here looking for greener pastures, but it is not all it seems. For example, the divide between the richer and the poorer areas was evident in the large, modern properties versus the overcrowded townships consisting of shack-type housing. We were actually advised at our campsite not to venture into the city centre by foot and to be extremely aware of our surroundings here, as Windhoek is known to have high levels of crime. Many of its residents are desperate for money and the youth turn to theft. The city was discovered in 1845 by South African, Jonker Afrikaner, but a lot of the original inhabitants were then banished in 1961 to ‘Katutura’, meaning “the place where people do not want to live” in the Herero language; this is clear evidence of the Apartheid that plagued Namibia.

Namibia, formerly known as German South West Africa, became independent in 1990. Namib means ‘vast area’ in the Khoekhoe language and refers to the country’s desert, believed to be the oldest desert in the world. Much like Botswana, Namibia is one of the least densely populated countries, with 2.6 million inhabitants in an area of 825,615 km². 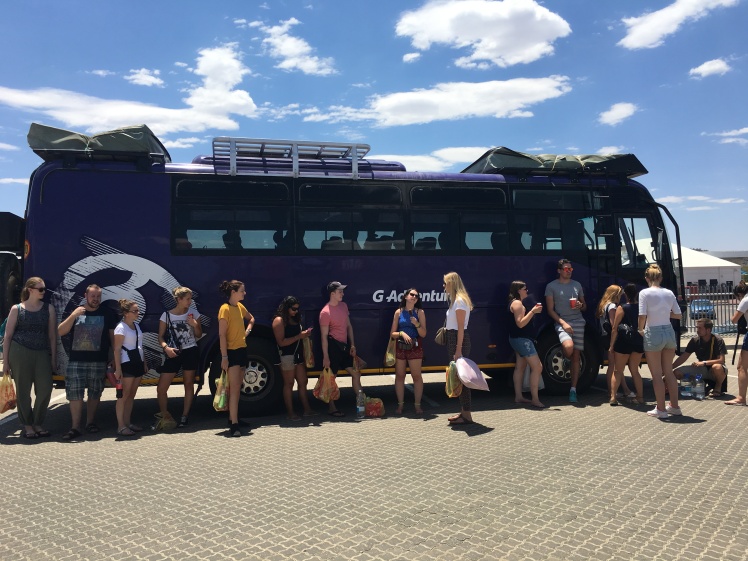 Some new faces joined our group here and we continued on to our next destination, stopping en route in Katutura (the former Black township mentioned above) to visit ‘Penduka Village Restaurant & Shop’, a development and training social enterprise, which employs over 500 underprivileged or disabled women. Here they learn practical skills and are encouraged to earn their own income by working in hospitality, or creating unique handmade gifts, some on a permanent contract and some working flexibly from home.

We saw the production team in action and they were working deftly to create beautiful pieces of embroidery, jewellery and pottery. We also had a delicious lunch here, and all proceeds went towards this worthwhile enterprise. 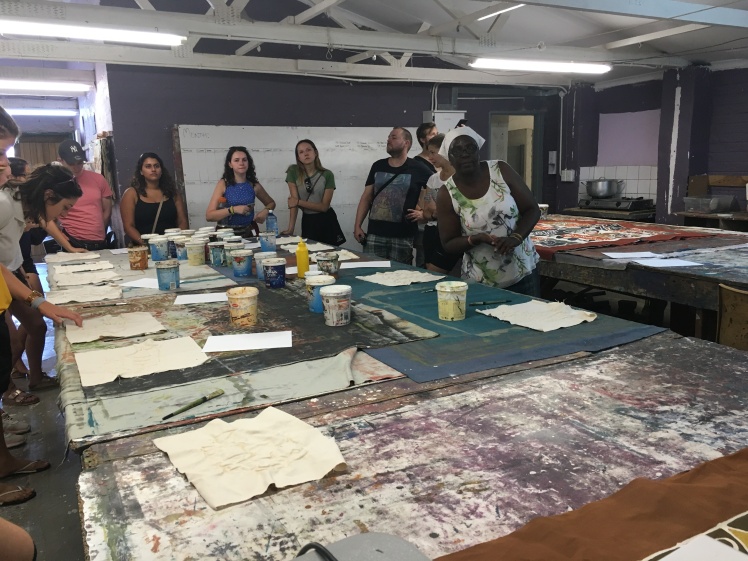 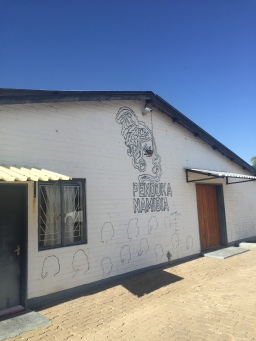 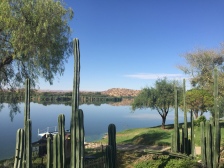 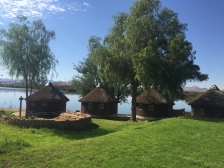 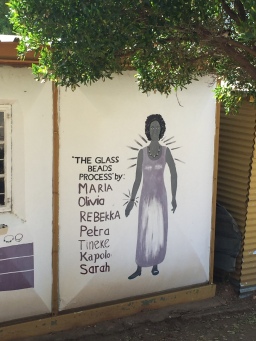 As we continued on our journey, we passed Swakop River and eventually reached our destination, Etosha National Park. When we arrived, our CEO Wellington acted as a safari guide and, just en route to our campsite alone, we spotted: 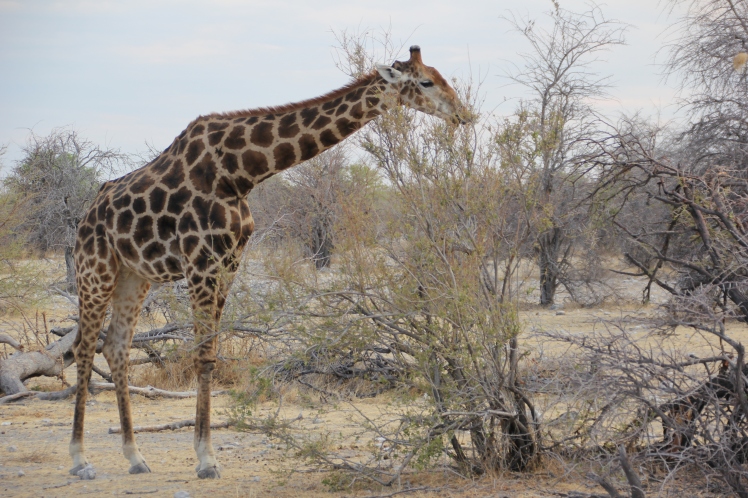 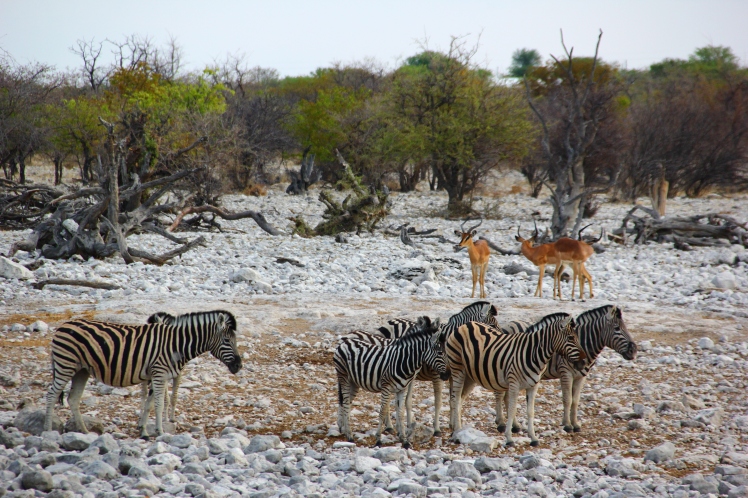 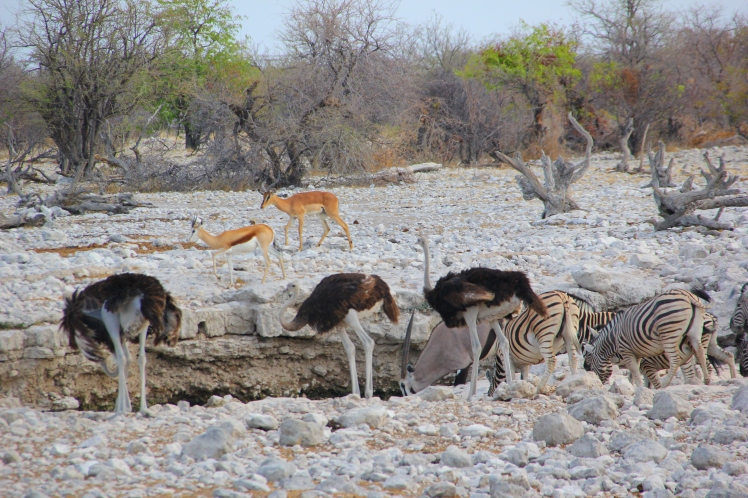 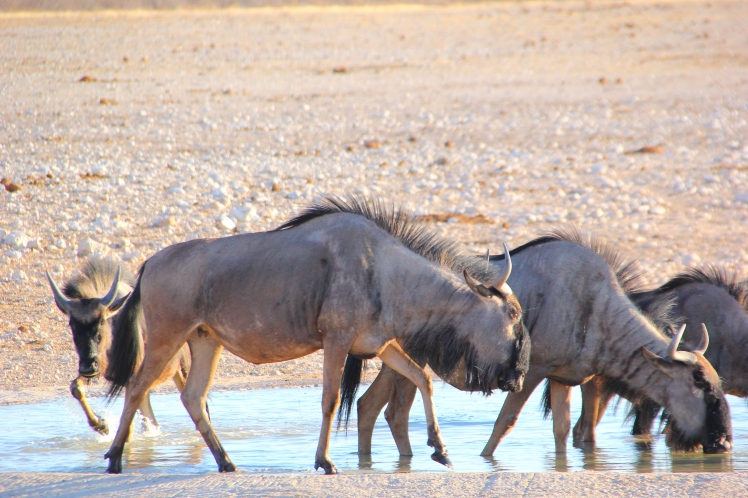 Upon reaching our accommodation, we set up camp for the night and then many of us opted to watch the sunset at the vast watering hole situated inside the camp and famous for having a large diversity of game, who congregate here to quench their thirst. 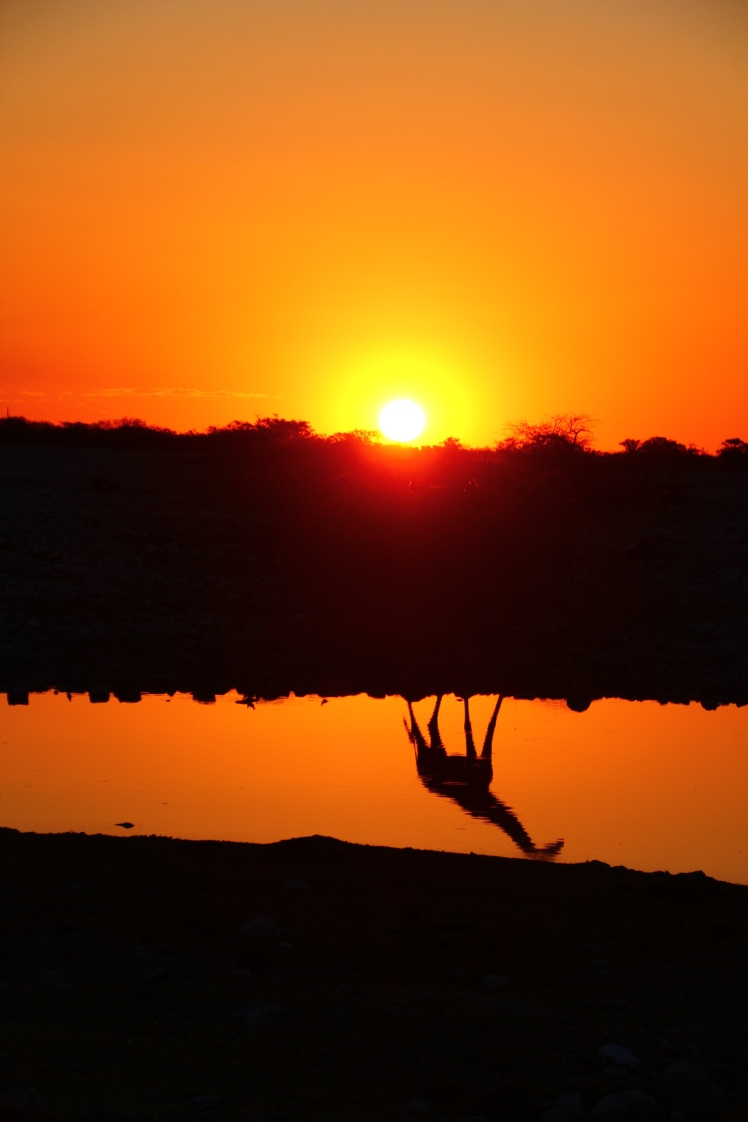 It was simply stunning to behold so much wildlife in one place and as dusk came and went, floodlights turned on around the waterhole and allowed us to see animals who choose to move and feed at night. This is also the best time and place to see the critically endangered black rhinoceros, and we were extremely fortunate to see three of these archaic, beautiful giants drinking and relaxing by the watering hole. 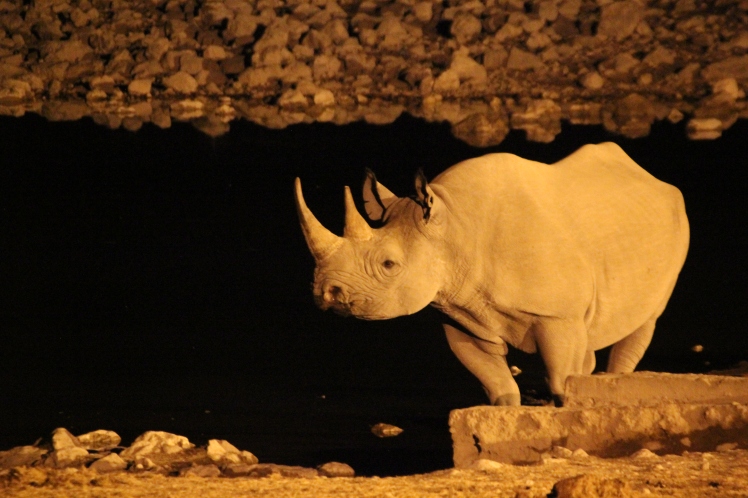 Namibia is home to more than a third of the world’s global population of black rhino and they are constantly improving their anti-poaching measures; this has meant that the number of rhinos is thankfully increasing rather than decreasing.

Thrilled that I had now seen all of The Big Five (rhinos, lions, buffalos, giraffes and leopards were given this name originally because they were the hardest to hunt on foot), I looked out for other animals by the waterhole and was greeted by: 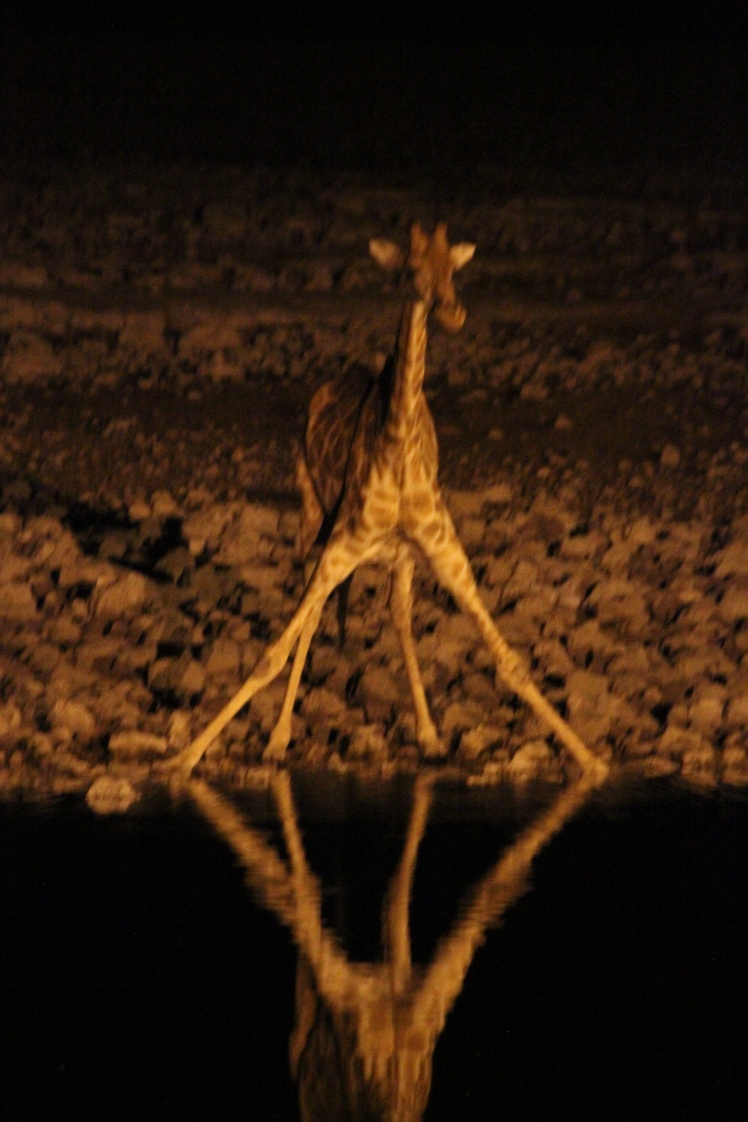 Click here to view my 360° virtual tour of Etosha’s watering hole at night!

The following day, some of us took a morning game drive of Etosha National Park and it was unsurprisingly cold in our open-topped 4×4 before the sun rose. We were given blankets and we sat in the safari vehicle with our friendly and informative guide, Coco, animatedly learning about the wildlife which inhabits the national park. This drive allowed us to see: 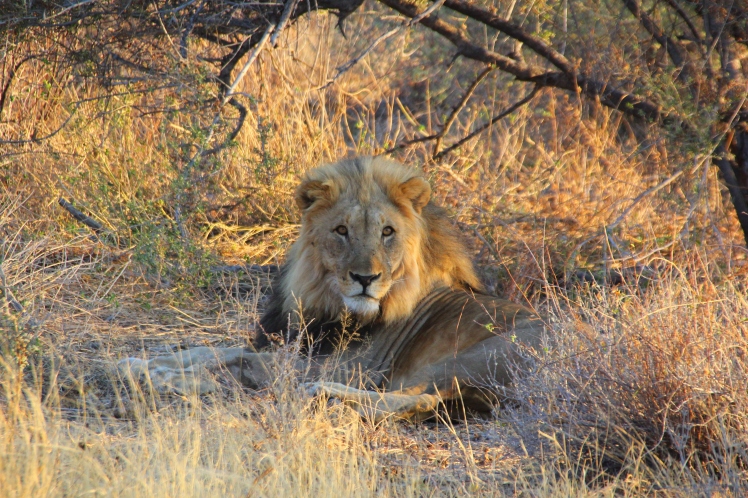 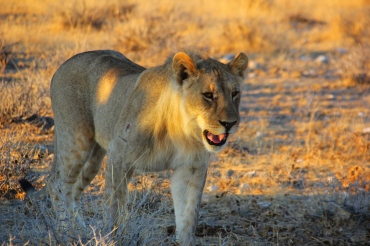 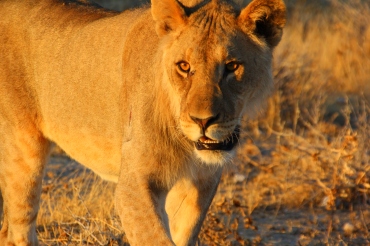 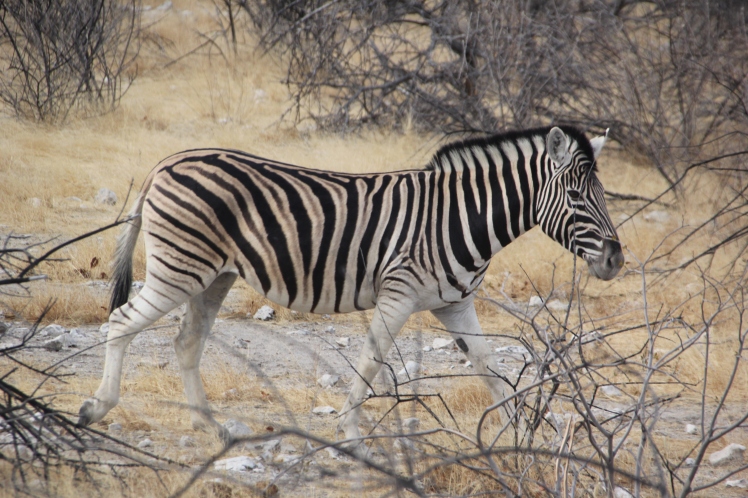 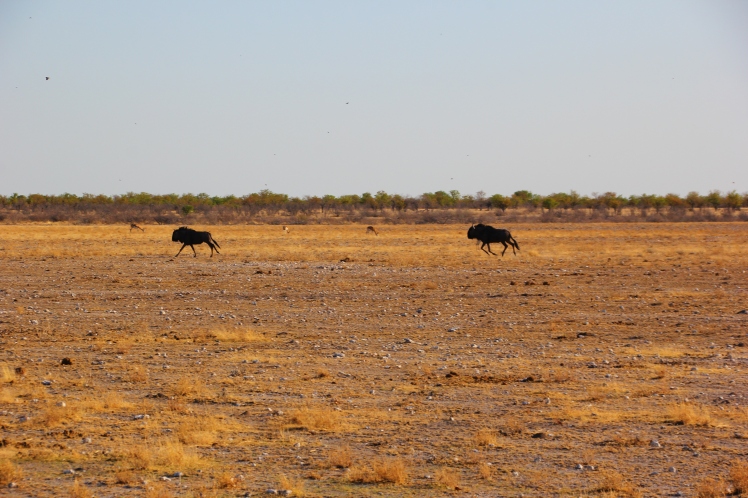 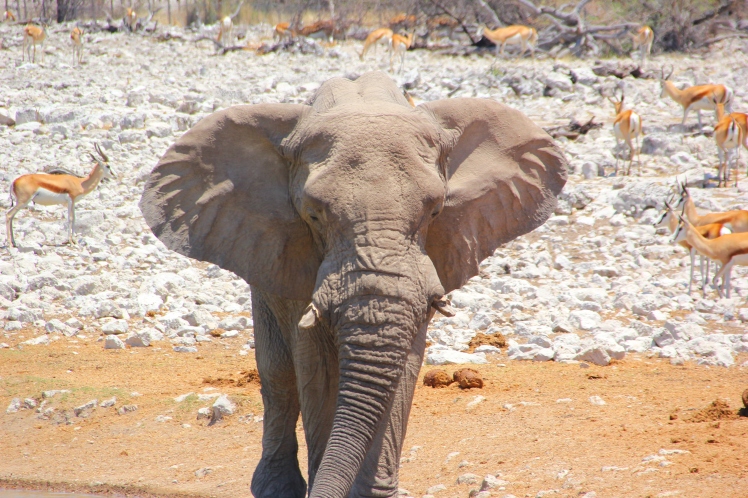 The rest of the day was spent by the watering hole, where we observed many more animals and insects, including elephants, giraffes, turtle doves, vultures, lizards and a stick insect. We enjoyed soaking in the incredible surroundings, with drinks and cards in hand – what a way to spend a day! 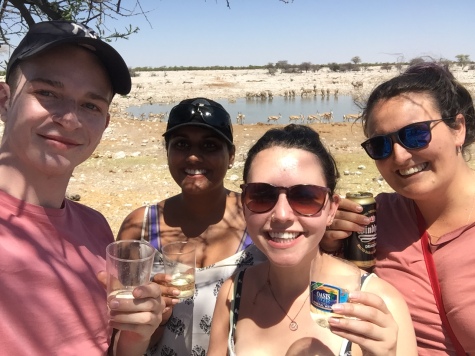 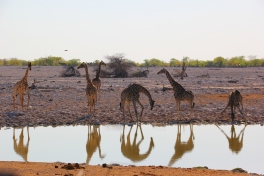 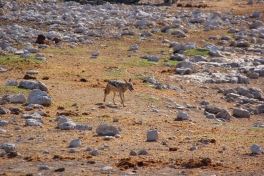 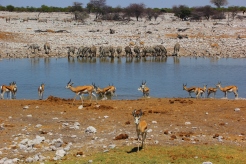 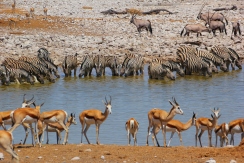 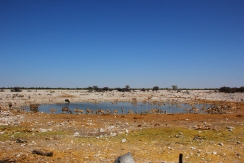 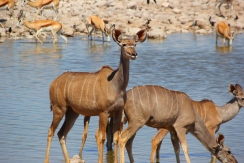 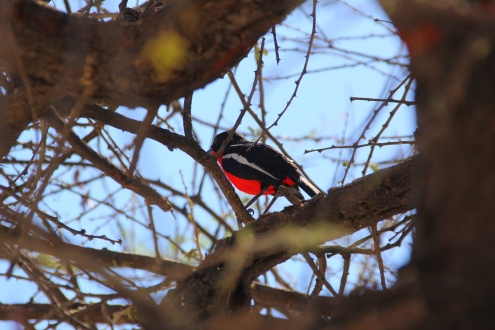 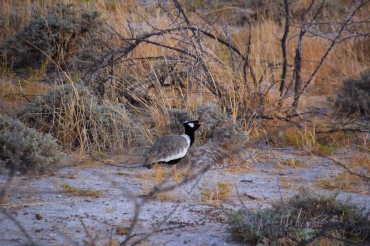 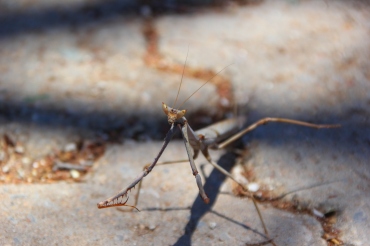 View my 360° virtual tour of us playing cards whilst watching the beautiful creatures, here.

Tomorrow we would be leaving Etosha and heading towards Damaraland to find out more about the lost culture of the Damara people. Keep your eyes peeled for next week’s blog!